Brian Kilmeade: Call Me Stupid All Day Long, But FAT Is Fightin' Words! 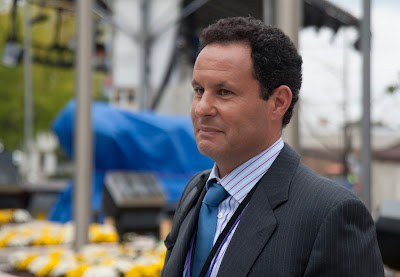 This morning toward the end of Kilmeade and Friends, Brian Kilmeade said something striking.

The show was being hosted by former Senator Scott Brown, apparently because  Kilmeade is busy pontificating about the Million Student March on various other outlets.  Brown was interviewing Kilmeade over the phone (yes, on Kilmeade's own radio show), and asked Kilmeade how he felt about the way he's portrayed on Saturday Night Live.

Killam/DOOCEY:  Well, President Obama did his best to make us ALL sign up for Obamacare.

Bayer/HASSELBECK:  And WOW!  It wasn't easy.

Moynihan/KILMEADE:  It's tough to sign up for things! I've tried for years to join the NAACP.

Bayer/HASSELBECK:  Brian, why would you do that?

Brown then asked Kilmeade how he felt about SNL's take on him.  Kilmeade's response?  It's one thing when you're being portrayed by Jon Hamm, but it's another thing when a guy who's "80 pounds overweight" is playing you.

Kilmeade went on about how he objected to someone Bobby Moynihan's size playing him, but expressed zero concern about the fact that he's portrayed as a blithering idiot.

It turns out that this has long been his primary gripe with SNL's take on him.  Reflecting on an SNL sketch on Fox and Friends two years ago, Kilmeade declared, "I'll take dumb. I'll fight the fat."


​​
Now, that'd be pretty funny if Kilmeade were kidding.  But he really doesn't sound like he's kidding - not in the clip above, and not earlier today on his own radio show.
So it's better to be portrayed as a complete nitwit than as overweight?  Does Kilmeade's obsession with this topic leave anyone else thinking that maybe Moynihan's "cartoonish" portrayal isn't that far off?  Does it say something about the state of contemporary TV news commentary - whether on Fox News or just in general?  Is it a data point indicating that our society as whole, in the age of Instagram, has become far too obsessed with the superficial?

Am I alone in thinking that Edward R. Murrow and Walter Cronkite would've been more concerned about having their competence disparaged than their appearance?

What do you think?  Share your thoughts in the comments section.
Posted by Unknown at 12:37 PM